FIGHTING ON THE VERGE

The second act of the trilogy, corresponding to the cantica of Purgatory, explores the relationship between sensibility and ferocity, two equal and opposite forces, that are inherent in the human nature, and that decree a rise or a fall of a man’s existential condition, in relation to others or to himself. Since 2013 a complex group of works – structured around a core of mighty bronze sculptures – has represented and consolidated the iconography related to the boxing champion Mike Tyson. Being considered one of the best heavyweights in the boxing history, he has been one of the most accredited and remunerated athletes in the ‘80s and ‘90s. According to Marco Papa, the boxer’s image is the greatest emblem of the fighting man, in a constant war with interior and exterior energies, threatened by personal weakness, and supported by an elective and relentless force, trying to overcome the limits of his own existential condition, aiming to a new self consciousness and to a spiritual elevation. The Seat/Work The Sommo Lottatore transforms the figure of The Thinker by Rodin, that portrays Dante, for which the body of a boxer/fighter has been used as a model, in the figure of  Mike Tyson; the seat, molded on his body’s specific measures, belongs to the collection of Painted Objects ad Personam, and it is created as a real tailor-made suit.

The works of Fighting On The Verge will converge in the performance Mike Tyson’s Divine Odyssey, the Heaven after the Purgatory. The intent of the project is to create a real spiritual challenge, through a performing action. Tyson, fighting with himself, will have the chance to be the author of his own image, acting – live – both in the real and in the virtual world. A conflict between sensibility and ferocity, an instinct of submission and aggression, will meanwhile bring both to death and to fertilization, when their depictions will annihilate, giving life to a new icon. Art is, therefore, the only possible dimension for a balance of the two forces. 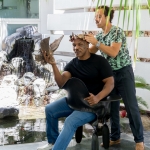 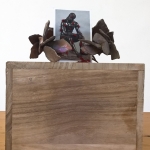 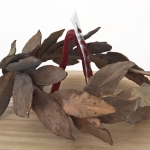 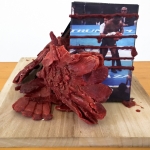 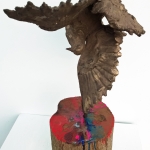 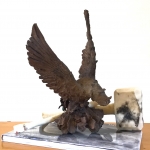 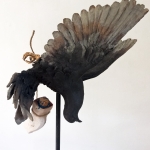 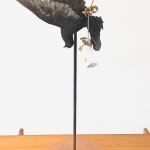 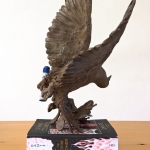 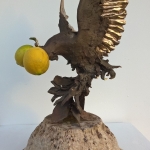 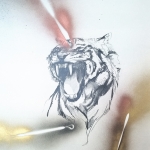 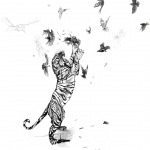 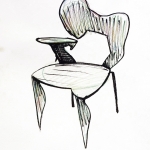 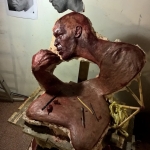 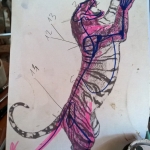 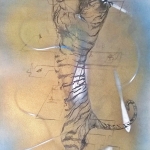 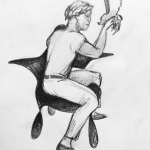 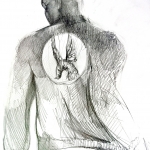 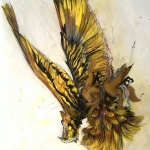